Unconscious Bias Training Is Not Enough 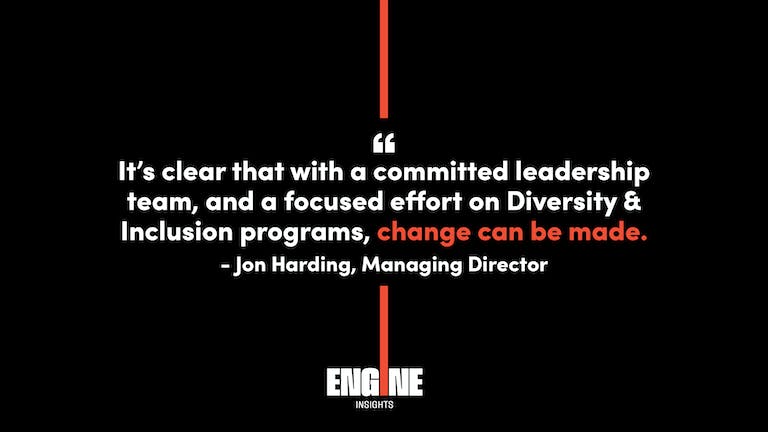 As with all of us, this past holiday season was as unique as any I can ever recall. COVID continued to impact routines and traditions, making most attempts at returning to some sense of normalcy futile.

That said, it’s rather trivial to not be able to attend Christmas Eve services, company parties, or have large groups over for drinks or dinner when compared to those that continue to lose immediate family members and other loved ones to the virus.

There was a bright side.

As my wife and I binged on streaming content, usually accompanied by libations, we had some terrific discussions around non-COVID events that occurred in 2020, and the one that repeatedly surfaced was the Black Lives Matter movement.  For context, our oldest of three sons is African American.  We adopted him when he was seven years old (we already had two of our own) – my wife had served as his Court Appointed Special Advocate since he was just shy of five.  We are both white, as are our other two, biological sons.  Our brother-in-law, my wife’s sister’s husband, is also African American.  I say “for context” not because I’m without prejudices – far from it.  But having observed first-hand racism inflicted on family members does create a sort of lens by which my eyes have been opened more than perhaps others, if only by definition.  To hear a neighbor call one son “boy” and the others “buddy”, to watch law enforcement pull over my brother-in-law on more than one occasion in our mostly white, relatively affluent subdivision for driving while black, and to see that same brother-in-law challenged for a “counterfeit” $20 bill at the adjacent convenience store affords you a bit of a unique perspective.  I could go on, and could introduce to this post things like the response of the U.S. Capitol Police to the MAGA rioters as opposed to the BLM protesters, one day after the Jacob Blake ruling in Wisconsin, but that would be disingenuous.

So, back to streaming.  As we got through Ma Rainey’s Black Bottom and Lovecraft Country, one a terrific film and the other a most interesting series, I thought about a pledge I personally made during a company initiative shortly after George Floyd was tragically killed.  Our CEO at ENGINE, a white female, and others on her executive team made a series of commitments to systematically address unconscious bias, racial inequalities, and the like.  In turn, the rank and file (yours truly, et al) were challenged to make our own pledges for how we, individually, planned to attack the issues.  I truly applauded that “next step down” approach.  My accountability statement read, “I commit to taking concrete steps to educate myself, my family, my friends, and my colleagues on race issues in my community, in my state, and in our country, starting with an in-depth understanding of past white-on-black atrocities, such as those at Tulsa and Rosewood.”

But as 2020 was dissolving, thankfully, into 2021, I realized, especially after watching the Tulsa massacre as depicted in Lovecraft, that I had not honored my pledge.  And, frankly, my wife and I were concerned that outside of the mostly professional sports world, BLM was becoming marginalized.  So, the researcher in me took hold.

I wanted to understand how other organizations were making their own diversity efforts “stick,” and found some compelling information.

According to McKinsey, in 2017 in the U.S. alone, Corporate America (mainly, but also Universities and other not-for-profits, along with others) spent nearly $8 billion on efforts to address that unconscious bias previously mentioned.  And with good reason.  A subsequent report that McKinsey published in 2018 found that companies with low gender and ethnic diversity were 29 percent less profitable than their peers.

So why am I concerned?  My firm ENGINE was one of those contributing to the $8b plus pot, and I know my awareness level was raised tremendously after our “exploring bias” training.  Our moderator has a PhD in Social justice, her parents are from Columbia and Ecuador, respectively, and the content was simply terrific.

Further literature review, unfortunately, wasn’t as positive.  According to a November 2020 piece from Wired, “unconscious/implicit bias training has become global shorthand for good intentions in the age of Black Lives Matter and #MeToo, brandished by everyone as their silver bullet against prejudice.”  Continuing, “many companies don’t actually care about diversity and inclusion and are far more willing to put in the bare minimum amount of money required to make it look like they’re doing what’s asked of them, both to their employees and their customers.”  The article implied that doing training without commitment to follow-up is essentially worse than doing nothing at all, and certainly that’s true from a return-on-investment point of view.

Wow, pretty harsh, to say the least.  The good news is, there is a way forward.

Additional research reveals that it’s clear that with a committed leadership team, and a focused effort on Diversity & Inclusion programs, change can be made.  We shouldn’t expect one training session, even those taken by every employee, such as the case at ENGINE, to change behavior that’s been ingrained over the course of a lifetime.

At ENGINE, I’m proud to say that we have established a dedicated, ongoing D&I team, led by a passionate, incredibly bright Dominican woman.  We have sub-groups addressing recruiting practices, where it all starts, and also continuous education for all employees, such as our Indigenous Peoples event last Columbus Day.  Equally important, we have a group focused on a formal mentorship program that will help ensure more representative career development.

It will take time.  We will need accountability established against diversity inclusion metrics, and we must ensure middle management is completely engaged, as those are the folks that shape company culture.  But I’m most confident in ENGINE’s approach, and am looking forward to joining that group of over-indexers.